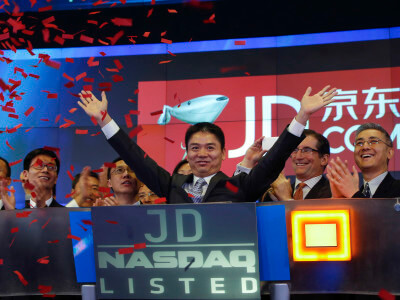 Dallas, Texas 05/30/2014 (FINANCIALSTRENDS) – JD.Com Inc. (ADR) (NASDAQ:JD), a Chinese online retailer which reported $16.7 billion of annual sales in February 2014, raised $1.8 billion through its IPO listing on the U.S. securities exchange. The company offered 93.7 million shares priced at $19 each. The stock debuted on NASDAQ on Thursday, May 22, 2014 and by the end of its first trading session witnessed 130% increase in Kingdom Holding Company (KHC)’s investment value in the company. KHC and its Chairman Prince Alwaleed hold an equally combined stake of approximately 2.5% of its capital. KHC and Prince Alwaleed acquired a combined stake in the company valued at $250 million, back in 2013.

Talking about his investment in JD.Com Inc. (ADR) (NASDAQ:JD), Prince Alwaleed mentioned that the investment solidifies the strategic relationship with Saudi Arabia and the People’s Republic of China. He regarded this deal as an extension of business alliance between the two countries highlighted during then Chinese President Hu Jintao’s visit to Saudi Arabia. Prince Alwaleed personally met Hu Jintao during his official visit to Saudi Arabia back in 2006. Kingdom Holding Company has indirect presence via Citibank in China and Prince Alwaleed’s investment in China includes Disneyland Hong Kong as well as in Fairmont Raffles Hotel and Four Seasons Hotels

Renaissance IPO ETF (NYSEARCA:IPO) added JD.Com to its ETF lineup after the closing bell on Thursday, May 29, 2014, as announced previously. Renaissance Capital mentioned in a statement that JD.com is the largest online direct sales retailer in China and at the offer price of $19 per share, the company had a market capitalization of $26.4 billion and “qualified for inclusion in IPO.” JD.com is also the second largest B2C e-commerce company in China.

On Thursday, The stock gained 2.50% and closed at $25.40. However, only 8.53 million shares traded during the session as compared to volume of over 16 million shares on Wednesday.