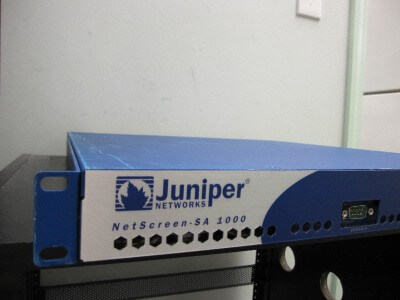 Dallas, Texas 07/25/2014 (FINANCIALSTRENDS) – Juniper Networks, Inc. (NYSE:JNPR) shares climbed down by over 10%  even as the networking company reported above-average second-quarter results, but poor guidance running into the third quarter.

The revenue for the second quarter for Juniper was reported higher by 7%, which in itself was an achievement as it was an increase over the previous year, at $1.23 billion. The corresponding growth was reported at 38%. Besides, the adjusted net income too was noted to be $0.40 per diluted share. The actual net income coming in for the second quarter was definitely higher as expectations were $0.38 per share for sales against $1.22 billion.

However, the healthy performance over the second quarter does not appear to hold out against the third quarterly performance track. The guidance coming in for the third quarter expects the revenue to be in the range of $1.15 billion and $1.20 billion. This is expected to be a net income per diluted share adjustment between 0.35 and $0.40.

Moreover, analyst is also expecting to see third-quarter earnings in the region of $0.44 a share as the sales will remain at $1.26 billion.

Juniper Networks, Inc. (NYSE:JNPR) CEO Shaygan Kheradpir would actually see that the shortfall was due to US service providers, where ‘market dynamics, as well as M&A activity, are expected to see sequencing, as well as changes in the project timings, .’ He also noted that, “While this will impact our near-term outlook, we are well positioned with these customers with major design wins in key areas of their network including next generation projects.”

Juniper Networks, Inc. (NYSE:JNPR) has also opined that the company will see an ‘opportunistic repurchase,’ which is in the range of $550 million on the common stock, as well as an additional $1.2 billion in the form of a brisk share, repurchase program by December this year.