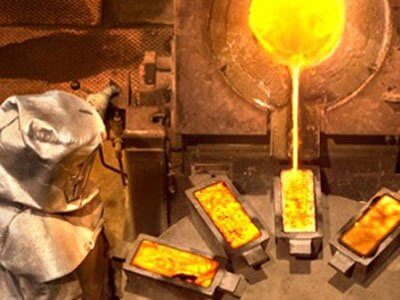 Dallas, Texas 05/21/2014 (FINANCIALSTRENDS) – Kinross Gold Corporation (USA) (NYSE:KGC)’s stock has been experiencing tremendous pressure since past couple of months given the instability surrounding the Russia – Ukraine row. This is because Kinross Gold’s considerable portion of business is done in Russia which accounted for approximately 30% of the company’s total gold production in 1Q14. The company operates the Dvoinoye mine and the Kupol mine in Russia.

Moreover, Russian mines are also critical for company’s profitability as Russia turns to be the most cost effective region for the company and allows greater cushion against pressing gold prices. During 1Q14, the company reported cost of sales at $481 per ounce of gold in Russia as compared to the cost of sales of $820 per ounce of gold reported for the West Africa region.

Kinross Gold Corporation (USA) (NYSE:KGC) reported solid 1Q14 results which were largely undermined over the concerns surrounding the future of its operations in Russia. The company reported total revenue of $817.4 million on production of 664,690 gold equivalent ounces. However, on a year over year basis production improved slightly from 648,897 ounces in 1Q13, but revenue fell considerably as compared to $1,058.1 million in 1Q13. Adjusted net earnings were reported at $34.1 million or $0.03 per share during 1Q14, down significantly from $172.4 million or $0.15 per share in 1Q13.