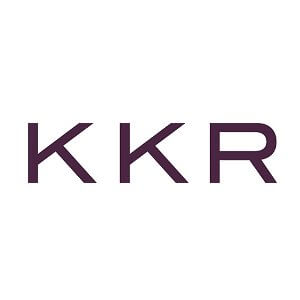 KKR & Co. L.P. Unit (NYSE:KKR) has announced that it will be converting from a partnership to a corporation so as to take advantage of the tax reforms being initiated by the Trump administration. The move is aimed at winning more ETF investors and mutual funds for the company.

In a statement, the company said that the new structure will be launched on July 1. The company said on Thursday while announcing its first quarter financial results. The company has announced that it hopes to pay 50 cents per common share as annualized dividend in the third quarter and has since increased its share buyback program to $500 million. Following the announcement, KKR shares rose 8.3%, the highest since June last year.

The new tax law reduced the corporate rate from 35% to 21% causing managers of private equities to consider the option of becoming regular corporations, referred to as C-corp. the shift allows the company to be added to indexes, a move that could help boost mutual fund ownership and stock valuations. Additionally, it makes the process of financial reporting more transparent.

In a statement, KKR co-founders and leaders George Roberts and Henry Kravis said that the company’s move is aimed at broadening its investor base, make its structures simpler and make the process of investing in its shares very easy.

Last quarter, Ares Management announced that it would shift as of March 1. It is the first U.S asset manager to convert. According to Paul Gulberg, an Intelligence analyst at Bloomberg, alternative asset companies, which earn much of their revenue from management fee, will have more reasons to shift.

Some of the incentives that KKR is counting on is the ease of accessing capital markets as well as the ability to use as “attractive currency” for acquisitions and mergers. The company noted being a privately traded partnership limits its institutional ownership hence making it unqualified for ETFs and index funds.

According to Andrew Disdier, a Sandler O’Neill analyst, converting to a C-corp will make the company increase its investor base by nearly seven times.

The company in the first quarter was largely hit by the effects of global stock market volatility. It experienced a drop in performance fee from $329.7 million to$61.3 million.