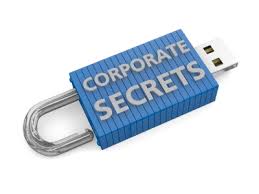 Dallas, Texas 05/12/2014 (FINANCIALSTRENDS) –FireEye Inc (NASDAQ:FEYE)’s Chairman and Chief Executive Officer, David DeWalt got very frustrated with the CNBC‘s line-of-questioning this week on the heels of the company’s latest earnings-report. He was very optimistic about FEYE’s growth, though CNBC very focused questions on organic deceleration in its revenues, bookings & licensing. DeWalt said that he is totally focused on growing that business and that that he does not have a control over the sentiments that Wall Street harbors about his company. He also apparently does not think that the 20% drop in FireEye Inc’s stock price was warranted.

He said that he cannot control the whisper numbers & what Wall Street is also thinking about how high-growth companies can be, said DeWalt on CNBC. The 132% growth, in record numbers of the new customers, and expansion across the world is what they were doing.

In separate news, very recently Brian Kelly from  Brian Kelly Capital sold the losing FireEye Inc position. In March, DeWalt had also sold some of his company stock and almost half a million shares were divested for the average price of around $80/ share. He had made that sale just a few days before FEYE released the latest earnings report. Kelly had also criticized DeWalt’s sale, and questioned why he would sell the stock in this company & saying he had has lost the credibility with him.

He said that FEYE shares dropped because Wall Street now no longer believes what DeWalt is saying that that everything is fine with the company. DeWalt had apologized for selling the shares he sold in the company though he said that he still has over 90% his holdings in the company. He had also pointed out that this selling was in-line with what the other executives at FEYE were doing.