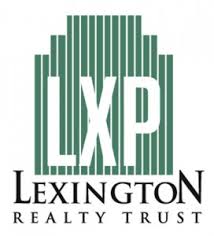 Among the latest updates that came in from Lexington Realty Trust (NYSE:LXP) includes its third quarter performance for the period ended on September 30, 2015. The company’s total gross revenues came in at $105.4 million, denoting a 1.1% decline from $106.6 million revenue in Q3 2014. Also, the reported number disappointed the Street estimates of $106.60 million.

In the third quarter, Lexington posted earnings to the tune of $66.9 million or $0.27 per share, which surpassed the Street’s estimates by $0.01 per share. However, the reported number came lower than the company’s earnings of $68.7 million or $0.28 per share posted in the last year’s same quarter.

Lexington further updated that it had entered into a new unsecured credit agreement of $905 million as on September 1, 2015. The new agreement will now replace the company’s existing term loans and revolving credit facility. During July of this year, the company had declared repurchase of 10 million common shares. Lexington highlighted that it had concluded repurchase of nearly 1,594,644 shares of the total 10 million shares at an average stock price of $8.34 per share.

Apart from this, the company has also repaid $0.4 million worth of Guaranteed Notes, which are due to mature in 2030. The repayment has reduced the outstanding due balance to $12.4 million, stated Lexington. The company has guided its FFO in the range of $1.05 to $1.07 for the year 2015, which represents an upward revision from earlier FFO forecast range of $1.02 to $1.06.

The stock price of Lexington Realty Trust (NYSE:LXP) traded down by nearly 3% to $8.21 during the earlier day’s trading session.