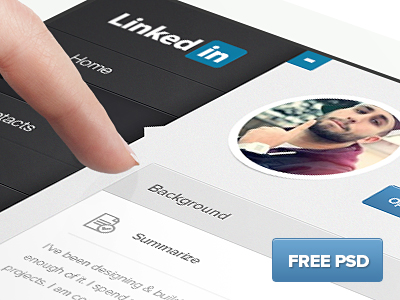 Dallas, Texas 08/01/2014 (FINANCIALSTRENDS) – Shares of professional networking site LinkedIn Corp (NYSE:LNKD) , moved ahead by 10% on the stock market riding the late trading rally on Thursday. The cause of the rally was the better than estimated sales and profits posted by the company in the second quarter of this fiscal, given the successful campaign it has been running for premium subscriptions and recruiting.

LinkedIn announced that, the revenues of the Mountain View California-based company had increased by over 47% reaching values of $534 million.

The earnings for the professional networking site were much higher than analyst estimations which were poised at $511 million in sales and EPS of 39 cents. For the quarter for which the results are announced LinkedIn Corp (NYSE:LNKD)  revealed EPS of 51 cents a share. The company noted that for the same period in comparison, in 2013, the company had reported EPS of38 cents.

Other social media sites were seen to showing strong rally after the successful run by LinkedIn allowing Facebook, Twitter to post substantial gains. LinkedIn continued to show positive run as it announced positive guidance for the next quarter as well. LinkedIn Corp (NYSE:LNKD)  has announced that the adjusted profit of the shares for the next quarter is 44 cents a share, at $1.80 per share. Again, this is a positive aspect which is expected to whet investor appetite as analysts were expecting a more conservative EPS for third quarter at $1.64 at 40 cents.

The successful run noted by the professional network was due to its focused strategy on Talent or Recruiting as well as the increase in the number of subscriptions for its premium services. The sales due to broad-ranging talent services, recruiting was found to be $322 million, which was an increase of 49%. The contribution of the recruiting business segment was found to compose over 60% of total revenue.