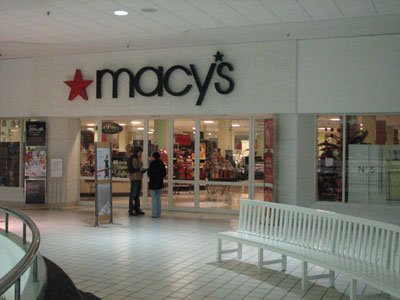 Dallas, Texas 12/02/2013 (Financialstrend) – A few hours before  Macy’s, Inc. (NYSE:M) 87th Thanksgiving Day parade came to a close, around 15,000 people had formed serpentine queues just outside the company’s flagship store in new York and the retailer is hoping that the shopping madness will continue right through the shopping season. Terry Lundren, the Chief Executive Officer was at the store when the doors were thrown open to shopping –crazy customers, at 8pm. This was 4 hours earlier than the store’s opening in 2012.

The number of people streaming in through the big front doors was truly astounding even as people headed to various sections of the store to conduct their holiday shopping. For almost 12-13 minutes there were crowds thronging through the doorways until the initial crowd got into the store.

Every year, many workers rights groups and other organizations raise a hue and cry about how it is unfair it is to keep the stores’ employee away from Thanksgiving dinner and their families. Lundgren said that contrary to general belief,  Macy’s, Inc. (NYSE:M) store employees were more than eager to work on this day.

He said that there was an overwhelming response from the employees to work on this day as they get paid additionally for the extra hours they put in and they also get a half on this holiday. He said, that though these hours on Thanksgiving could have easily been filled by holiday workers  who take up temporary jobs, almost 90% of the spots had been filled in by Macy’s, Inc. (NYSE:M) employees.

Walmart up against a protest wall

In stark contrast was the state of affairs at Wal-Mart Stores, Inc. (NYSE:WMT) stores across various locations. The company’s employees and allies are all set to take over  shopping headlines with their strike stories. Technically retailers consider Black Friday to be the most profitable day of the year, but the WalMart employees have been acting like the hurdle in the company’s business wheel. They were opposing the company’s poor treatment and low wages.

In some of the protest incidents that took place on Friday, protesters volunteered to engage in certain acts of civil-disobedience and the police had to arrest them. Protests were carried out in California, New Jersey, Alaska, Virginia, Texas, Florida, Minnesota, Washington, Illinois and Canada. Some arrests also took place in Secaucus, New Jersey, in connection with the protest.

Two retailers, two different situations, a Black Friday that was happy for one while it heralded the beginning of days of struggle to come, for the other. The holiday season can be  a stressful one for companies. There are lots of expectations and demands from customers. In addition to that with competition heating up in the market, pulling in sales and revenue is all about who markets the company’s concepts and products the best. In this case, at least till now Macy’s, Inc. (NYSE:M)’s seems to be on top of the game.