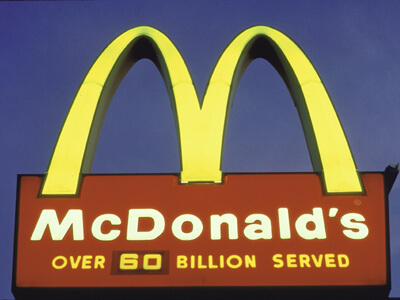 Dallas, Texas 05/23/2014 (FINANCIALSTRENDS) – McDonald’s Corporation (NYSE:MCD) witnessed a number of protests and over hundred people being arrested at its office in Chicago.

The company has been facing protests over the minimum wage issue. MCD’s stockholders met and voted last Thursday on the topic of salary calculation. Last year, the CEO of the company, Don Thompson had a total compensation package of $9.5 million.

During the meeting, around 94% of the stockholders voted in favour of the proposal. While this is not a binding vote, it approves a brand new methodology to calculate the salary packages of MCD’s executives.

The company is battling losses across its chains. The factors affecting the profitability are hike in the cost of beef, criticism from different quarters on food quality as well as aggressive strategies adopted by its rivals.

Company hit by protestors and criticism

MCD has been facing protests over the amount paid to people working on an hourly basis. The company is facing a rising demand that the $15 per hour wage be implemented along with the rights to form unions.

Don Thompson addressed a number of issues including the marketing practise of targeting children, criticism from animal rights groups as the protests over minimum pay. He stated that MCD had a long history of creating jobs. He also stressed that the marketing was neither predatory in nature nor focused entirely on children. He said that the company had a deep-rooted value system and most of the employees were also parents.

This came against the background of intense protests. MCD had to close a building in Oak Brook which is located in Illinois as there were reports of a large scale protest. One of the locations in their corporate headquarters saw 138 protestors being arrested for their refusal to evacuate the property.