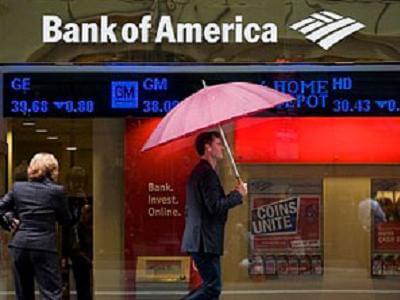 Dallas, Texas 08/19/2013 (Financialstrend) – Merrill Lynch division may merge with Bank of America Corp (NYSE:BAC) into the parent firm in a streamlining of subsidiaries that would leave the brokerage intact. Merrill reported in the filing of August 2 with the Exchange Commission that an appropriate move will be soon taken before the fourth quarter.

According to the bank spokesman Larry Di Rita, this type of merger will involve the reduction in the number of legal entities under the name of bank.

They Bank of America and Merill also assume all the brokerage’s obligations which include its outstanding U.S. and foreign debt securities. It has been reported that as in the second quarter, Merrill had around $62 billion in long term debt.

Merrill Lynch is now the most profitable business unit in Bank of America. If the regulators approve the change, Merrill would no longer require filing separate regulatory disclosures. Merrill’s SEC filing said that the possible merger is part of an effort in which Bank of America intends to reduce the number of subsidiaries partly through intercompany mergers.

Investors worldwide have invested $2.3 billion into European stock funds in the latest week.

Chris Konstantinos, director of international portfolio management at River Front Investment Group, which supervises $3.8 billion, said that the earnings could soon bottom for Europe-based firms, which would add woes to the region’s stocks. The unexpected increase in China’s industrial yield also supported European scrips during the weekly period.

New Branch For Bank Of America

Bank of America plans to initiate a new branch near the Town of Center at Boca Raton mall. The bank submitted its application for a branch at 5200 Town Center Circle.

Bank of America was the second largest bank by deposits in South Florida on June 30 with $25.1 billion. It was ranked 1st in branches with 205.