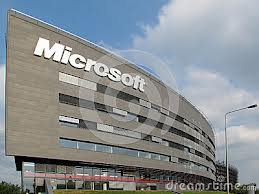 Presently, Sony’s PlayStation 4 is leading the gaming consoles given its competitive pricing of $399, thanks to its lower priced hardware. Both Xbox One and PlayStation 4 were launched during November 2013. Now the new Xbox One, without Kinect, will come at a hefty discount of $100 per unit, costing $399, the same price as that of PlayStation 4.

The unbundled Xbox One will be available for sell from June 9, 2014 at $399. Microsoft Corporation (NASDAQ:MSFT) will also allow the use of Netflix, Inc. (NASDAQ:NFLX)’s internet television alongside other entertainment apps on the Xbox One as well as on Xbox 360 console, without Xbox Live Gold membership worth around $60 per year. The company reported declining quarterly sales for its Xbox One console which were reported at 1.2 million during 3Q14 as compared to 3.9 million during holiday quarter 2Q14.

Nintendo can take Lessons from Microsoft:

Nintendo’s Wii U console costs $299 and ranks third in the gaming console market following Microsoft Corporation (NASDAQ:MSFT)’s Xbox One. Nintendo is wet to release Mario Kart 8, the kid friendly racing game on May 30, 2014 and expects a boost following the release. The game has been a top seller for previous Nintendo consoles. Following, Microsoft, Nintendo could also unbundle its touch screen controller Wii U Game Pad to offer a cheaper version of its Wii U console. Moreover, Nintendo’s console users are also favoring traditional game controllers as only fewer games are designed so far to use the Wii U Game Pad.