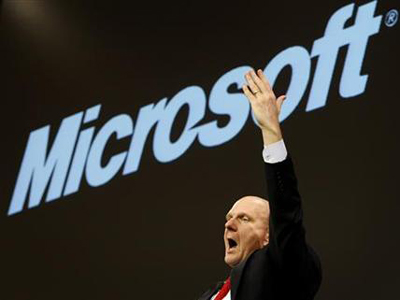 Microsoft Corporation (NASDAQ:MSFT) has announced that it will not be present for Tokyo’s game show this year.

The company has been one of the major players in the gaming industry and was recently heavily engaged in the 2015 E3 conferences. But there might be a very good reason as to why Microsoft is giving Japan the cold shoulder. The Xbox One launch suffered an excruciatingly dismal performance in its Japan launch. Only 300 units of the console were sold last week.

This does not however mean that the Xbox One games will not be available for the Tokyo game conference. They will still be there, mostly through the developer companies, but Microsoft does not plan to be among the companies present. The company has never managed to rack up attractive Xbox sales in Japan. The Xbox one registered the lowest performance so far this year. The poor performance has negatively influenced the company’s management in Japan. Takashi Sensui, stepped down from his position in light of the poor sales.

Microsoft had approached Japanese game developers with the vision of the heavy earnings that they would make rather than showing any care towards the particular games. Since then, the Japanese gaming industry has responded negatively to the firm, especially the new console. There has also been heavy support for the PlayStation 4 from Sony, which coincidentally has a lot of production activities within the region. Folks at Sony are probably very happy about Microsoft’s misfortune in Japan.

Many people affiliated with the gaming industry believe that the feud between Japan and Microsoft will probably lead to the end of the Xbox’s presence in the country. In an interesting pun-filled twist, “Xbox” in Japan means Wrong box. Not a very good advertising strategy for Microsoft. Either way, it will be interesting to see how this one plays out.

Regardless of the situation in Japan, Microsoft Corporation (NASDAQ:MSFT) had a successful E3 concert that equally rivaled Sony. This year, there was a lot of focus on exclusive content.