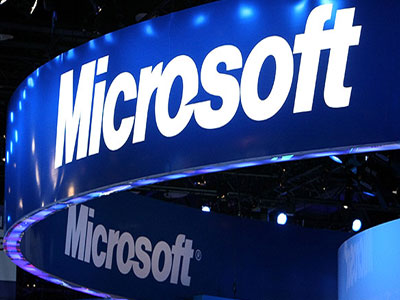 Dallas, Texas 12/17/2013 (FINANCIALSTRENDS) – Microsoft Corporation (NASDAQ:MSFT), in its efforts to gain the predominant position in the operating system market of mobile digital devices like Google Inc (NASDAQ:GOOG) backed android and Apple Inc. (NASDAQ:AAPL) backed iOS which powers the smart phones and tablets, Microsoft Corporation (NASDAQ:MSFT) has been forced to meet its opponents at the court room very often in the recent past. One such court room fight that the Steve Ballmer led firm had been waging with Motorola has concluded to its satisfaction yesterday.

Readers should note that Motorola Mobility (which was bought out by its O.S and search engine competitor Google Inc to benefit from its cellular technology related patents) had dragged Microsoft Corporation (NASDAQ:MSFT) to court to defend one of its patent which had allowed the Redmond based firm to stifle competition in U.S markets by securing a ban on import of competitor smart phones and tablets which used that infringed patent.

Yesterday’s court ruling went in favour of Microsoft Corporation (NASDAQ:MSFT) as the judge ruled that Motorola Mobility was not able to prove its contention that the technology in question was previously used by another industry major Apple Inc. (NASDAQ:AAPL) in its “Newton personal digital assistant” way back in 1990’s.

This win is a small piece in the larger battle that Microsoft Corporation (NASDAQ:MSFT) is waging with the likes of Google Inc to smother it’s market leading Android O.S. Readers should note that prior to its buy out by Google Inc, Motorola Mobility had a dominant share in the U.S cell phone market and had remained ambivalent about joining either with Microsoft Corporation (NASDAQ:MSFT) or Google led O.S camps.

Google Inc Vs Microsoft Inc Still At It

Both companies came out swinging, reiterating their positions post the judgement by U.S. Court of Appeals for the Federal Circuit in Washington yesterday.

David Howard, who leads the legal team at Microsoft Corporation (NASDAQ:MSFT) has been quoted as saying, “Even after a closer look by the Federal Circuit, it’s clear Google is using patented technology Microsoft worked hard to invent.”

Motorola Mobility (which is a fully owned standalone unit of Google Inc) spokesperson has been quoted as saying, “We’re disappointed with this decision but pleased with the overall outcome. Microsoft lost on eight of its ‘best’ patents, and this lone opinion does not impact our ability to build great products that people love.” 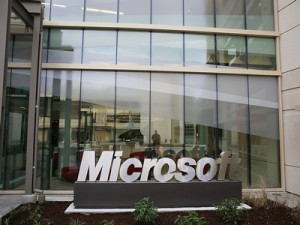 Microsoft Corporation (NASDAQ:MSFT) which has the distinction of being tracked by both the S&P 500 index as well as the Dow Jones Industrial Index. It has a gigantic market capitalization of $307 billion and is the original IT mega firm which had come to dominate the global tech space through its popular windows operating system for personal computers and laptops.  The Redmond based under the stewardship of its founder Bill Gates had positioned itself as an IT vendor which provided for end to end software needs of enterprises big and small. It used to compete fiercely with the other industry behemoths like Oracle Corporation (NYSE:ORCL), International Business Machines Corp. (NYSE:IBM) and Apple Inc. (NASDAQ:AAPL) for market share in the O.S and the enterprise infrastructure space. But over the past decade and half it has added new technology both hardware and software offerings to its portfolio which has taken Microsoft Corporation (NASDAQ:MSFT) products out of company data centres into people’s living rooms. These new product offerings like gaming consoles, windows tablets and smart phones have pitted the company against the new age IT giants like Google Inc (NASDAQ:GOOG), Apple Inc. (NASDAQ:AAPL) and Samsung Electronics Co., Ltd. for market share in the growing mobile digital devices and the operating system which powers them.