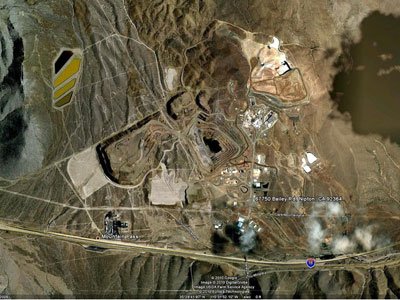 Dallas, Texas 10/11/2013 (Financialstrend) – Investors who track the fortunes of the Industrial metals and minerals manufacturing company Molycorp Inc (NYSE:MCP) were witness to three new developments which bodes well for the future of the company on October 8.

The first was an announcement from the company naming Geoff Bedford as its President and Chief Executive Officer. He will be taking charge of the dual role on December 2 from the acting president Constantine Karayannopolus.  Bedford is getting promoted to the role as CEO from his current role of Chief Operating Officer.

In the second development, Molycorp, Inc. announced that it has agreed to amend its existing legal agreement with Molibdenos y Metales S.A. As per the new terms set forth in the agreement, Molibdenos y Metales can extend its holding in MCP to maximum of 27.5%. Earlier, the ceiling was capped at 19.9%.

The third development was the full fledged commencement of operations at its Chloralkali plant located at the Mountain Pass in California. With this plant becoming operational, MCP hopes to further achieve cost efficiencies which would help it compete with the lowest cost producers of rare metals from across the world.

On the back of the positive news, the stock has posted a impressive 2.52% during trading on October 10 as of 12 noon ET. The shares were trading at $7.13 per share representing a 51% upgrade over its 52 week low price point. Investors should also note that these valuations are 40% below its 52 week high pricing. The company has a market cap of $1.17 billion. It has recorded annual sales of $632 million over the past 12 months trailing period. It has also logged in a net loss of $500 million in the same period. Analysts believe that the stock has potential to extend its price to $8.09 by end of the calendar year.