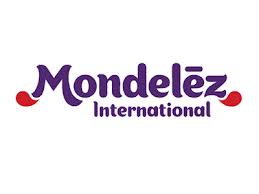 The company, Mondelez International, has recently announced that it will report its 2nd quarter financial results on 7 August, 2013.

In the world of snack food, Nelson Peltz, an activist investor, is shaking things up. A proposed merger of Mondelez International and PepsiCo, Inc. has come up and he had recently expressed his strong feelings about this proposed merger.

As we all know that PepsiCo, Inc. has been through lot a past couple of years. The sales of domestic cola have declined. The market share of the company is also lost to the beverage rival company i.e. The Coca-Cola Company. So, in order to turn things around, PepsiCo has taken number of steps like restructuring its business operations, cutting costs and slashing thousands of jobs. In an effort to boost up it’s enhance shareholder value and profits, the company has ramped up international expansion, heightened promotional campaigns and launched new products.

Despite these efforts, Nelson Peltz did not keep PepsiCo’s back. The activist investor thinks that the sweet treats of Mondelez International should be merged with the salty snacks of PepsiCo, thus creating a resulting company which will have nearly $70 billion in annual revenue. The new company will have around a dozen and a half of iconic billion-dollar brands that include Tostitos, Nabisco, Lay’s, Doritos, Cadbury, and Trident.

In the presentation given by the company, Mondelez International, in June, the company highlighted its advantage i.e. its geographic footprint. The international sales of the company have increased dramatically with a series of local acquisitions. The revenue is forecasted to grow 5% to 7% annually by the company. The earnings per share are expected to see a double digit growth.