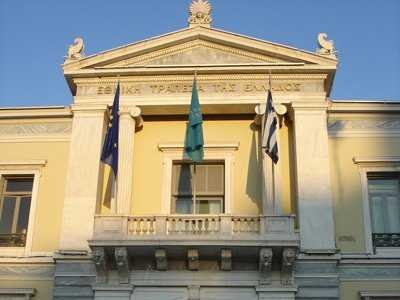 Dallas, Texas 05/27/2014 (FINANCIALSTRENDS) – The stock of National Bank of Greece (ADR) (NYSE:NBG) recently received an upgrade from equity analysts at Piraeus Securities given the improvement in the bank’s risk/return profile. The analysts upgraded the stock to an “outperform” rating from their previously assigned “neutral” rating. Analyst at Piraeus Securities, Natasha Roumantzi recent upgrade follows JP Morgan’s upgrade on the stock where analysts confirmed an “overweight” rating for National Bank of Greece. Previously, analysts at JP Morgan had assigned a “neutral” rating on the stock.

National Bank of Greece (ADR) (NYSE:NBG) recently concluded EUR 2.5 billion SCI as EUR 2.20 per share. The analysts at Piraeus Securities mentioned in their investor report that the bank is able to cover the capital requirements for both the Baseline and the Adverse scenarios under Bank of Greece’s stress tests. The analyst pointed out in the report that the bank released its assessment report for the capital needs of the banks in Greece for the period June 2013 to December 2016 where capital needs under a Baseline scenario were estimated at EUR 6.38 billion and at EUR 9.42 billion under an Adverse scenario.

Fitch Ratings recently upgraded Greece’s IDR (Issuer Default Ratings) from B- to B for long-term foreign as well as local currency. Fitch regarded stable outlook for Greece given primary surplus in 2013 in the general government account. The agency also raised the Country Ceiling from B+ to BB. Fitch also noted that primary surplus is expected to rise further to 1.4% of GDP in 2014.

National Bank of Greece (ADR) (NYSE:NBG) provides diversified financial services including retail banking, investment banking, commercial banking, insurance, and securities trading activities. In addition, the company also offers real estate management services like warehousing management and hotel management. On Friday, the stock gained 3.21% and closed at $3.22. The stock is trading near its 52 week low of $2.85, significantly below its 52 week high of $9.20.