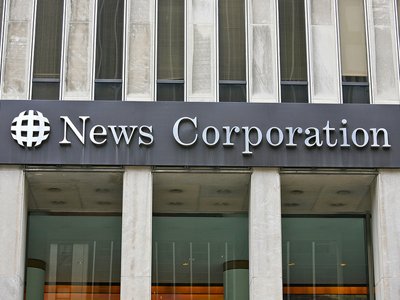 Dallas, Texas 10/17/2013 (Financialstrend) – News Corp (NASDAQ:NWSA) is the holding company through which the media conglomerate owns and operates a media business empire with a market cap of $9.92 billion. On September 20, the company had announced strong results for its 4Q. It had managed to beat street expectations on revenue. It was able to bring in $2.26 billion which was higher than analyst estimations by $0.07 billion.

Most people would believe that a CEO who manages to guide his company towards strong revenue numbers would be feted by share holders. This is not the case though with Rupert Murdoch. Analysts and trade houses are calling for his wings to be clipped. They have recommended splitting the duel rolls of Chief Executive Officer and Chairman that he holds at Century Fox Inc. (FOXA) between two individuals.

To bring the readers up to speed, one has to connect the dots between 21st Century Fox and News Corp. Earlier this year, News Corp was splintered into smaller groups under regulatory supervision. One of the splintered groups was hived off as 21st Century Fox. The reason for government to get involved in the affairs of News Corp was due to the infamous phone voice mail hacking scandal that rocked U.K last year. One of News Corp owned papers had been caught hacking into phones of celebrities under the guise of investigative journalism. Rupert Murdoch held the top post in News Corp and the scandal happened under his watch.

It is also an irony that in spite of the legal and ethical wrongs committed under his management, 21st Century Fox ending up electing Rupert Murdoch as Chairman and CEO. Reputed trading houses and investment firms like Christian Brothers Investment Services and the British Columbia Investment Management Corp have been citing the hacking scandal at the News of the World paper to further their argument for a splitting up Murdoch overarching control over 21 Century Corp.