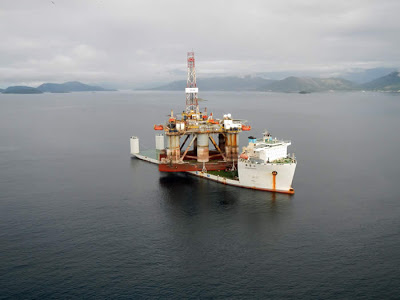 Dallas, Texas 04/22/2014 (FINANCIALSTRENDS) –  Noble Corporation New Common Stock – Switzerland (NYSE:NE) which is a  Switzerland head quartered off shore oil and gas drilling contractor reported results from its first quarter operations on 16th April after markets closed for the day. The highlight of the better than expected earnings report is as follows.

Net income in the 1Q came in at $256 million which translated to 99 cents per diluted share. This was well above the $174 million or 68 cents per diluted share it had reported in the sequential 4Q of 2013. The impressive jump in income comes in spite of the firm taking $36 million impairment on asset depreciation. When net income is accounted for the impairment changes, earnings drop to 82 cents per share. To set the earnings in context, we should note that in 1Q13, it had reported earnings per share of 59 cents. Revenues from first quarter operations came in at $1.3 billion as against the $1.2 billion it had reported in sequential 4Q13. In 1Q13, revenue had come in at $971 million.

In his leader comment, Noble Corporation New Common Stock – Switzerland (NYSE:NE) Chairman, CEO and President David Williams explained the underlying business dynamics which enabled the firm in beating analysts and their own earnings estimates by stating that, “ We benefited from several positive outcomes in the quarter. Downtime in our fleet was lower than expected at around 4.5%. We maintained a firm handle on operating cost which were well below our guided level and we experienced higher bonus revenue recognition which is a nice reward for having achieved better rig performance especially on the rigs in Brazil”.