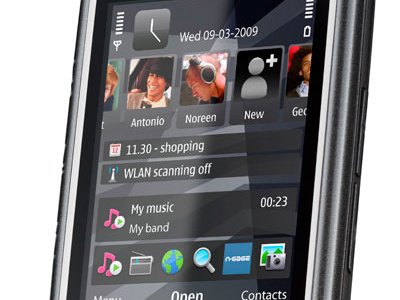 Dallas, Texas 08/28/2013 (Financialstrend) – There had been release of information related to the Windows RT Tablet of Nokia Corporation (ADR) (NYSE:NOK) and it had been cited in a publication at The Verge that the company had code named the tablet to be Sirius. It is further expected that the company would launch the tablet on September 26, 2013 in a special event to be conducted at New York. There had also been few news releases on the specifications of the tablet named Sirius.

It is rumored that the tablet of Nokia Corporation (ADR) (NYSE:NOK) would be loaded with Snap Dragon 800 quad core SoC of Qualcomm along with the 2GB RAM and 32 GB of internal storage. It is further expected that Nokia would provide two cameras on the tablet with the 6 megapixel shooter fixed up on the rear and the 2 megapixel sensor fixed up on the front to enable video calls. It is further expected that the chief Executive Officer of Nokia Stephen Elop would move on to replace the CEO of Microsoft Corporation, Steve Ballmer who had recently announced his resignation from the company to provide for its strategic turnaround to cope with the competition.

Nokia Corporation (ADR) (NYSE:NOK) had dipped on Tuesday to close at $3.99 per share and had thereby presented loss of 4.32% over the previous close. The intraday price movements of the stock had been in the range of $3.97 to $4.06 per share and the 52 week price levels are at low of $2.27 and high of $4.90 per share. The stock, on Tuesday, had presented trading volume of 21.20 million shares and the average level is at 18.65 million shares per day. There are 3.74 billion shares of the stock being traded in the markets and the institutional ownership is at 12%.