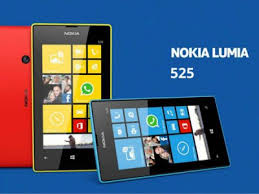 Dallas, Texas 11/28/2013 (Financialstrend) – On Wednesday, Nokia Corporation (ADR) (NYSE:NOK) unveiled the Lumia 525 without too much of fanfare. This is the successor to the company’s highly-popular Windows handset. This spanking new handset made an appearance on the company’s website and which was a confirmation that it is the Nokia Lumia 520 successor. The specifications of this new handset are very similar to the predecessor.

It includes a dual-core 1Giga Hz processor and has a resolution of 480×800. It also has a 235ppi touchscreen display. Apart from this, the handset has a rear-facing 5MP camera with no flash and it also has a front-facing camera. The 525 has 8GB internal storage and 1,430mAh battery. What’s also similar is the micro SD slot. This gives the piece the capacity to handle another 64 GB of storage.

The changes and what’s new

What has changed is the memory and the company has given that a boost with the 512MB RAM to 1Gb. Nokia Corporation (ADR) (NYSE:NOK) claims that this feature makes the handset ideal for gaming. Apart from this the Nokia Lumia 525 operates on Windows 8 and the standard applications are also loaded into the handset. It has the Cinemagraph, Maps and Nokia Smart Cam amongst other things.

This new handset will be available in vivid colors like yellow, white and orange. What has disappointed Nokia Corporation (ADR) (NYSE:NOK)’s UK fans is that the company will not be releasing the phone there. Despite this, the company is hoping that it will be able to match the success of the previous phone. The sales figures have not been released yet but analysts are saying that it has helped in upping the company’s market share.

Finnish companies are known for their culture that is geared towards hard work and they also function in a very friendly manner. But what is above all that is that they are known to vociferously back environmental issues and though this may sound a little stereotypical, the fact of the matter is that Nokia Corporation (ADR) (NYSE:NOK) fits the description to the ‘T’.  Apart from unveiling its new handset, the company is also going whole-hog on the recycling front with its Lumia 1520 casings.

For a greener world

And this is not just an exception- it is a trend that the Finnish giant has been following for very many years. In 2012, the company released the Lumia 820. It was a dream comes true for all the environment activists. The handset had been made with bio-plastics and recycled materials.  Now the company is doing a ditto on this take. This time with its Lumia 1520!

Since the time MP3’s took on the music world, CD’s have taken a back seat and there is definitely a glut of them. And with innovation and its environment friendly concept in mind, Nokia Corporation (ADR) (NYSE:NOK) thought that it would be great to turn them into casings for smartphones and they went ahead and did just that. The Lumia 1520 makes use of these CD’s and it has added a completely new dimension to the recycling concept.