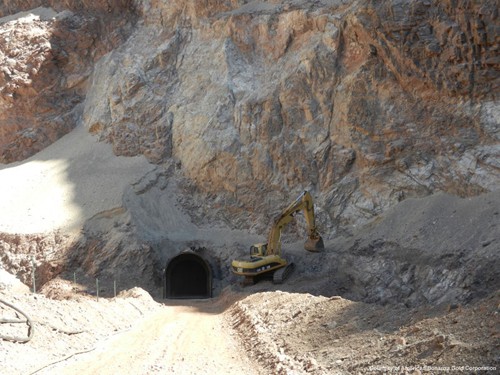 Alaska’s Northern Dynasty Minerals Ltd (NYSEAMERICAN:NAK) shares fell 20% this week on the first day of trading following the US regulator’s restrictions that were imposed on the company’s project of copper and gold mining. The US Environmental Protection Agency reversed and maintained its restrictions recently on the recommended Pebble copper and gold mining project located in Alaska stating that it requires more time to establish the project’s impact on the surrounding environment.

Pebble copper and gold is one of the world’s natural resources that is still under-developed. The project is located near the largest salmon fisheries in the world, a move that has raised fierce issues by the environmentalists, native people and fishermen for a long time. One of the potential partners of the company had been under pressure to cut its links with the project. As a result, the shares of the company drastically dropped in Toronto trading.

The company however responded on the matter affirming that the new restrictions would not drag the project’s ongoing permit application process. But it’s apparent that the project’s progress may not be as smooth as it could be especially under the Trump administration as several analysts had earlier predicted.

John Chiang, a trustee of the California Public Employees’ Retirement System and the Teachers’ Retirement System wrote a letter to the First Quantum appealing to them to cut links with the company. According to Chiang, the Pebble project would likely trigger the unavoidable environmental and social damage, infringe on the rights of the native people in the surrounding, and increase the regulatory, operational, legal and other risks for the company executing the project.

The First Quantum has two large US public pension funds as shareholders, which had agreed to become a partner in Pebble copper and gold mining to help in funding the multibillion dollar project.

The Obama regime proposed the restrictions on the mining project in 2014 following a prolonged debate on the environmental concerns. But the new US Environment Protection Agency Administrator Scott Pruitt reversed the proposal.