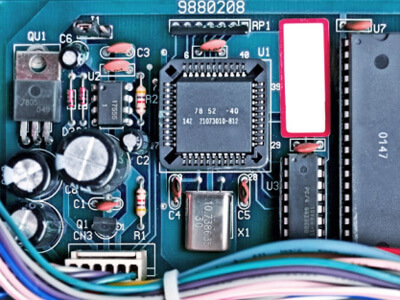 Dallas, Texas 05/06/2014 (FINANCIALSTRENDS) – ON Semiconductor Corp (NASDAQ:ONNN) has announced its first quarter earnings for the year 2014 with total revenues falling marginally at $706.5 million, down 1.6 percent compared to the fourth quarter of 2013. GAAP net income was posted at $58.4 million, or $0.13 per diluted share. According to the company, the first quarter 2014 GAAP net income was impacted by $16.8 million of special items.

During Q1, 2014, the company’s non-GAAP net income was $75.2 million, or $0.17 per diluted share, compared to $74.3 million, or $0.17 per diluted share, reported during the fourth quarter of 2013. In the first quarter, average selling prices for ON Semiconductor were down approximately one percent when compared to the fourth quarter of 2013.

“Our bookings momentum continued in the first quarter and our current bookings rate is at the highest level it has been during last two years.” said Keith Jackson, President and CEO of ON Semiconductor.

Orders from the distribution channel increased by about 20 percent quarter-over-quarter, and the feedback from customers has remained positive, the company said. Jackson believed that “richer” product mix coupled with improving operating performance helped the company to post better gross and operating margins in the first quarter of 2014.

“With our design win pipeline and a favorable global macro-economic environment, we should be able to sustain our current momentum in target growth areas of automobiles, smartphones, and select segments of the industrial end-market. We remain confident that strong operating performance coupled with our robust design win pipeline should enable us to deliver strong results in 2014,” Jackson added.

ON Semiconductor’s outlook for Q2, 2014 includes contribution from the company’s buyout of Truesense Imaging, which closed on April 30 this year.