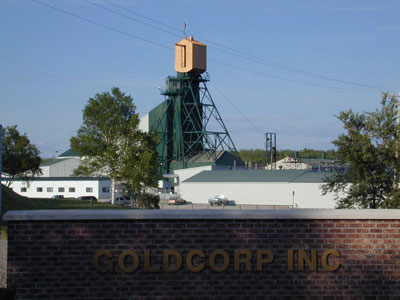 Yesterday, Osisko Mining Corporation released a press note stating  that it is seeking legal recourse to stop the hostile takeover bid by the $20 billion market capped Vancover Company. The court case is coming up in the Quebec Superior Court with the case being made out against Goldcorp Inc. (USA) (NYSE:GG) that it had allegedly used sensitive and confidential data it had access to as part of previously held merger talks in 2012 between the two mining firms. Osisko is making a claim that those previous talks were held under the provisions of a mutually agreed confidentiality agreement and the time clause of that agreement will expire only in the end of 2014.

In this no holds barred approach to fend off the hostile takeover bid by Goldcorp Inc. (USA) (NYSE:GG), Osisko Mining Corporation released a formal press note yesterday claiming that the bigger firm had acted “in a manner not permitted by the confidentiality agreement between the parties. Goldcorp acted in bad faith and in a manner contrary to applicable law in actions that it took before making the hostile bid.”

On 13th January, Goldcorp Inc. (USA) (NYSE:GG) which is arguably the world’s second largest gold mining firm had made SEC filings to the effect that it had made a offer to the share holders of Osisko Mining Corporation, as part of which for every share of Osiasko, it would pay CAD 2.26 and 0.146 part of one Goldcorp share. This offer had been formally rejected by the board of Osiasko and advised it share holders to do the same, making out a case that the offer was too low  and undervalued the firm’s valuation.