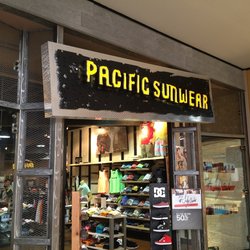 The Q315 results of Pacific Sunwear of California, Inc. (NASDAQ:PSUN) will be out on December 2. The last earnings report was released by the company in September in which it had missed the analyst estimates by $0.04 with a $0.06 EPS. The revenue had reached $195.60 million in comparison to the estimated $204.64 million and on the year-on-year basis, the revenue had seen a 7.6% dip. For this fiscal, analysts estimate that the company will post $-0.4000 EPS and the next fiscal target has been assumed to be $-0.1900.

The Zacks Investment Research had given the firm a Hold rating on November 10, while B. Riley gave it a Neutral rating. Even other analysts like Topeka Capital Markets and Mizuho gave a Hold and Neutral rating for the firm respectively. The consensus target for the share price has been estimated at $1.72 with a Hold rating.

Called PacSun in the retail business, the company reported$826.8 million revenue in FY15 as compared to $797.8 million in FY14 and $784.7 million in FY13. But even then the company is facing a crisis situation as after excluding the non-cash profits, it registered major loss in 2Q15.

From January 2011 to September 2015, the number of stores of PacSun has gone down to 609 from 873 in the U.S. and Puerto Rico. The store location and total revenue ratio is also a major problematic issue for Pacific Sunwear of California, Inc. (NASDAQ:PSUN) as the other companies have a much higher yield as per location of store. Even in the 3Q15, the company had expected a 3-6 per cent dip in sale.

In the last six months till April 201, the stock has gone down by over 90% and even NASDAQ has given a delisting notice to the company. The share price of $0.28 a share is fast opening the doors of bankruptcy for the firm that analysts expect to shut down operations in 2016.

A multi-brand store outlet concept has been adopted by PacSun and is spread over 2.4 million square feet, including all the stores. The company’s financial condition needs a role reversal or it will go down fast.