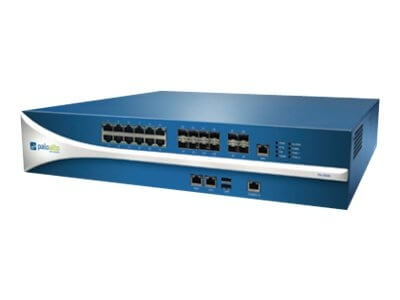 Dallas, Texas 05/30/2014 (FINANCIALSTRENDS) – Palo Alto Networks Inc (NYSE:PANW), the cybersecurity company said that it has now agreed to pay $175M to settle the patent infringement suit that has been filed by Juniper Networks. The company has also reported its earnings and posted a loss of $1.86/ share, which has been primarily attributed to a settlement with Juniper. The company had paid the latter $75M in cash, around $70M worth of common stock as well as a warrant to buy around $30M more of the common stock. With the exclusion of this settlement, PANW’s earnings per share was $0.11 on its sales of $150.7M and analysts had projected earnings per share of around $0.11.

The settlement now allows the company to further focus their resources & time on the customers and growing the company’s business, said Mark McLaughlin, the PANW chief executive officer, in a statement. This settlement now puts a large amount of uncertainty behind the company & makes Juniper the part-owner of the company. Both the companies have now agreed to cross-license patents that are involved in this lawsuit & to also refrain from suing the other for 8 years.

The actual technology behind these patents had also been originally developed by Nir Zuk & Yuming Mao, the co-founders of the company at the point of time when they were both at Net screen that Juniper acquired in 2004. These 2 men then left Juniper the next year and founded Palo Alto Networks Inc (NYSE:PANW). They have also denied that their technology has in any way violated these patents that are now owned by Juniper. The 1st trial ended-up in the hung jury in March. The company offers its network security platform which allows enterprises, and service providers, as well as government entities to secure the networks. The main segment of this platform is the firewall that delivers the natively integrated application.