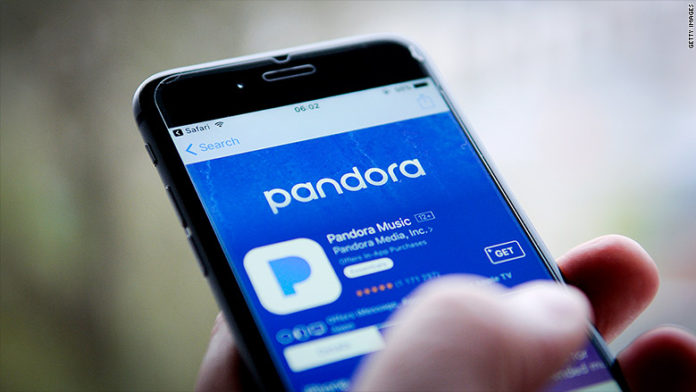 Besides the enormous speculative market, Pandora’s consumer impression has since risen from 21 to 36 from the day the merger was announcement. This data is the opinions of the company’s US based consumers aged between 18 and 34. Previously, Spotify’s has been dominating the impression score according to YouGov Plan & Track– the firm responsible for gathering users reviews on general brand impression.

During the same period Pandora’s score was being gathered, Spotify’s score fluctuated from 31 to 36 before spiraling back to 31, coming second after the newly acquired Pandora. YouGov Plan & Track also keeps track of company’s quality score. With quality score, consumers get to rate a brand’s content quality.

As at September 24, during the announcement of the acquisition, Pandora had a quality score of 15 while spotify during the same period was rated at a staggering 29. The recent date however indicates a massive leap forward for Pandora now sitting at 25 with rival Spotify having a commanding lead of 31.

Besides the image boost Pandora is receiving from the acquisition, the company’s recent advancements could as well be attributed to innovative “new ad technologies” the company previously invested in to drive more listeners to the platform. As at now the company can compete competitively with other players in the market and still have a chance to top the spot.

The sky is the limit for Pandora; if the current trends persist the company will soon dominate the industry and probably displace several other players in the scene.