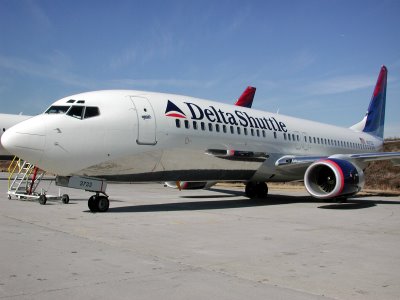 The latest such move by Delta Air Lines, Inc. (NYSE:DAL) was announced earlier last week when in a clear undermining of its long standing code and resource sharing agreement with smaller sized Alaska Air Group, Inc. (NYSE:ALK). As per the announcement, the globe’s second placed airline  is  all set to commence nonstop flights between Seattle and Fairbanks in May next year and further introduce new non-stop flights between Seattle and Vancouver in Canada from June of next year. In an additional jibe at its smaller partner, Delta Air Lines, Inc. (NYSE:DAL) announced with much fanfare the commissioning of a new state of the art  Boeing 737-900 which has been aptly named “Spirit of Seattle.”

These moves by Delta Air Lines, Inc. (NYSE:DAL) has made the $5.1 billion market capped Alaska Air Group, Inc. (NYSE:ALK) see red, as it prides itself of being the home airline for Seattle thanks to its HQ and major part of its operations being located in the city.

In a retaliatory response to the perceived over reach on part of the bigger Delta Air Lines, Inc. (NYSE:DA) Alaska Air Group, Inc. (NYSE:ALK) announced last week that it is offering its own direct flights originating out of Salt Lake City airport to prime flying locations of “Portland; Los Angeles; San Diego; and San Jose”.

Commenting about these new flight route announcements, Joe Sprague who is the vice president of Alaska Air Inc has been quoted to have said that, “Salt Lake City has long been a top requested market by our customers and we are pleased to add to our successful Seattle-Salt Lake City flights with additional service from four other West Coast gateways.”

Delta Air Lines, Inc. (NYSE:DAL) has been one of the blue chip stock among the large capped major U.S airlines in the past year. It has posted a superlative 185% upward movement in the valuation of its stock in the past one year in spite of the periodic tribulations that the airlines industry in general has been traversing through in the past 12 months.

Delta Air Lines, Inc. (NYSE:DAL) stock had shed a jaw dropping 37 percent in close to a little over one week of trading in the back drop of its announcement that it had partnered up with Northwest airlines to protect its own market share and dominance of the U.S airline business. At that time it was believed that the merger would yield lower cost saving and additional synergies, considering the significant costs that the profitable Delta Air Lines, Inc. (NYSE:DAL) would be entailing as part of the merger. This market thumbs down had resulted in executives at its Atlanta HQ reworking their merger math and raising the expected returns from the merger to yield close to $2 billion in returns over the near term horizon.