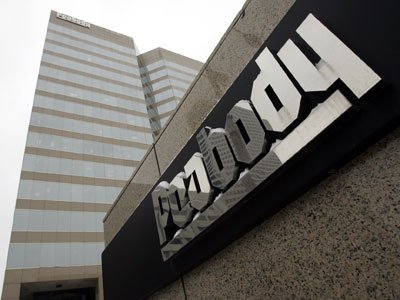 Company Chief Executive Gregory H. Boyce stated, “Kellow carries over a quarter century of notable experience in the worldwide resource business, where he has worked in multiple supervisory, operational and monetary positions in coal as well as other commodities.”

The company stated that Glenn will be accountable for all facets of the firm’s worldwide operations comprising security, fabrication, sales/marketing, ecological, productivity enhancement, engineering as well as projecting.

Glenn most recently functioned as president of the multinational Aluminum and Nickel biz for BHP Billiton Ltd.

His coal business knowledge consists of duties as president and chief operating officer of New Mexico Coal. He also worked as ex director of the World Coal Society and the National Mining Union.

In the month of July, the company announced that its 2nd quarter profit declined 56% as the coal firm’s income per ton slipped in both its United States and Australia procedures.

Peabody Energy’s chief executive officer Gregory Boyce thinks that coal rates are set to increase over the coming year and Barron’s believes “even a modest improvement would light a fire under [the firm’s] scrips.”

Coal giant Peabody Energy Corp is poised to derive benefit from coal rates, which should get a lift as supply and demand become more balanced, Barron’s said in its Aug. 26 edition.

Demand got uplifted as a few utilities have turned back to coal from natural gas, whilst manufacturers are slowly shutting down high-cost coalpits, meaning rates should go up, bettering Peabody’s proceeds over time.

One market expert quote by the financial newspaper stated that the scrip of the firm could climb to $30 to $35 over time for “patient” capitalists.