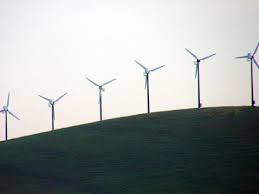 Dallas, Texas 01/22/2014 (FINANCIALSTRENDS) – Pengrowth Energy Corporation(NYSE:PGH) has seen market gains in the region of 2.9% following the announcement of the new guidance which is $715 million for 2014. Derek Evans, the CEO of Pengrowth has announced that the company will put aside $365 million of its per day output- 12.5k bbl per day, at its Alberta Lindbergh project. it will also put away $250 million of its non-thermal assets where plenty of light oil is available at the Cardium play.

Pengrowth Energy Corporation(NYSE:PGH) management admit that the company is definitely in serious consideration of including transportation technology such as rails to improve and expand its services. The company shares that the location of the Lindbergh site allows for gravity-driven, stream propelled draining opportunity or can be used in combination with truck and rail services as well. The next phase would be to use trucks to move the crude to the rail loading terminal, which would be in the range of $5 per bbl.

Pengrowth Energy Corporation(NYSE:PGH) is Canada based Oil and Gas Exploration as well as Drilling company. The company already holds massive reserves across provinces such as Alberta, British Columbia, Nova Scotia as well as Saskatchewan.