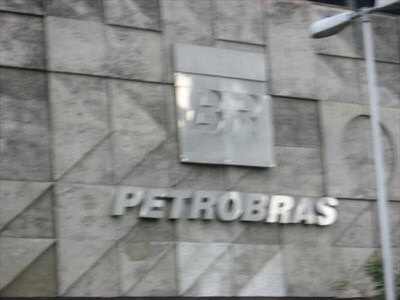 Dallas, Texas 05/07/2014 (FINANCIALSTRENDS) – The stock of Brazilian oil major, Petroleo Brasileiro Petrobras SA (ADR) (NYSE:PBR) continued its upward momentum even on Tuesday and gained over 5% to close at $15.30. The stock is up by 13% in last 5 trading sessions, and close to 15% during past one month. Yesterday the stock traded with a whopping volume of 40.31 million shares as compared to its 30 day average trading volume of 28.23 million shares. At its Tuesday’s close, the stock is trading 24.24% above its 50 day simple moving average and 13.41% above its 200 day simple moving average.

Is Job Cut Driving the Momentum?

Recently, Petroleo Brasileiro Petrobras SA (ADR) (NYSE:PBR) announced to cut its workforce by 12.4% through a voluntary separation program launched in January. The program which offers an early retirement option to employees is expected to save 13 billion Brazilian reais or approximately $5.85 billion to the company from 2014 to 2018. As a result of the program, the company expects to write off 2.4 billion Brazilian reais in the first quarter. The company informed that close to 8,300 employees have agreed to be bought out and almost 55% of them have opted for early retirement in 2014.

A Brazil-based integrated oil and gas company, Petroleo Brasileiro Petrobras SA (ADR) (NYSE:PBR) has been into news for past couple of weeks. In a recent update, Brazilian senators on Tuesday, May 6, 2014 decided to open an investigation on the company. The investigation is believed to be looking at allegations that Petroleo Brasileiro Petrobras’ managers overpaid for a Texas refinery back in 2006. However, the company has denied any wrongdoing and said it is already conducting an internal investigation itself.

Announcement of investigation ahead of October elections is believed to be a strategic decision against opposition’s planning to use the allegations, initially raised by local press, to target the popularity of Brazilian President.