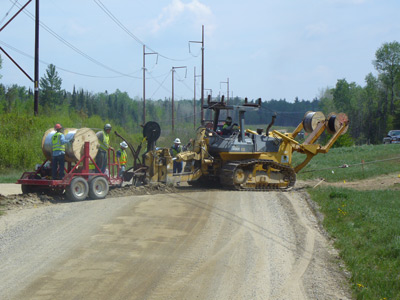 Dallas, Texas 05/08/2014 (FINANCIALSTRENDS) – Quanta Services Inc. (NYSE:PWR) last week released its better than expected 1Q14 earnings with non-GAAP earnings at $0.44 per share, beating the Zacks consensus estimate of $0.37 per share. The company also reported 15.8% year over year increase in its earnings during 1Q14. However, GAAP earnings plunged 26.4% year over year during 1Q14 and were reported at $0.25 per share. The company reported to be benefited by its leading position in the energy infrastructure market and diligent operational execution countering headwinds from extreme weather conditions.

Quanta Services Inc. (NYSE:PWR) reported 10.7% year over year growth in 1Q14 total revenue which was reported at $1.76 billionas compared to$1.59 billion reported during 1Q13. The increase was primarily attributed to growth in demand for the company’s safe and reliable services. The 1Q14 revenues also beat Zacks consensus estimate of $1.71 billion.