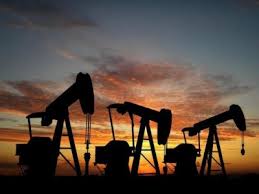 Dallas, Texas 05/12/2014 (FINANCIALSTRENDS) –Quicksilver Resources Inc. (NYSE:KWK) recently releases its preliminary earnings for the 1st quarter of 2014. An adjusted loss per share of 8 cents has been posted by the company in the 1Q14, which was more than the Zacks Consensus Estimate which is a loss of 6 cents and also more as compared to loss of 4 cents per share of last year.

Considering the effect of a strategic transaction costs, an unrealized commodity derivatives loss and income tax adjustments the company posted a loss of 34 cents per share on a GAAP basis.

In the reported quarter the company’s revenues were $91.8 million which was less by 16.5% as compared to Zacks Consensus Estimate. Quarterly revenues of the company were reduced mostly by 22.7% on a year-over-year basis.

In 1Q14 the company’s average daily production was 245.9 million cubic feet of natural gas equivalent (MMcfed), which was down by 31.2% year over year because of lower NGL (natural gas liquids), natural gas and oil production volumes.

Total realized prices excluding hedging were increased by 34.9% year over year to $4.79 per thousand cubic feet (MCfe) during the 1Q14 because of higher average realized prices of natural gas and oil, NGL. Total expenses of the company decreased by 16.1% year over a year to $102.8 million, because of reduction of 24.7% in lease operating expenses.

During the quarter the company incurred an operating loss of $11.1 million as compared to loss of $3.9 million for the same quarter of last year.