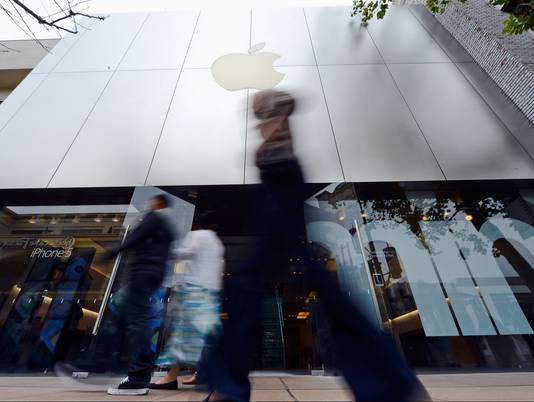 There has been speculation that one of the most important smartphone makers, Apple, is working on a new smart watch that consists of the same features and applications that are found in their phones. The smart watch will be made of glass and will have the phone’s operating system in it. Even though Apple has previously mentioned that a new innovative product will be released soon in corporation with their partner Foxconn, the company didn’t make any comment about these reports until now.
Smart watches were definitely one of the hottest items in the trade show that took place in January last month. Even if Apple decides to actually release this smart watch, they are going to face strong competition from Pebble. Pebble released a smart watch that enable users to connect their watched with their iPhone and Android phones. This will help them in checking in their e-mail, weather alerts, or even text messages simply from their watch.
The concept that Apple is working on this new innovation is somewhat confusing for many experts especially that many companies have previously created wristbands for the NANO, the last iPod created by appeal. Other companies have created smart watches that have an attractive fashion appeal and this is something that Apple will have to work on as well especially that fashion appeal is very important to consumers right now no matter how technologically advanced the product is.
Even though Apple didn’t comment on this until now, it is predicted that the company is going to release a brand new product this year especially that the company has been losing most of their market share due to repetitive products for the past few years and they are doing everything they can to regain their previous position in the technological market right now. The company is currently facing strong competition from other companies whether it is in the creation of smart phones and even other products.
Apple is supposed to hold a conference during the new few weeks and many are predicting that a new product is going to be announced. This is somewhat confusing to many people especially that it was reported previously that the company is going to release a new TV. Hopefully, this is going to be true because if a new invention isn’t released by this week, it is predicted that Apple is going to lose their market share for good this time.
*Past performance is not a predictor of future results. All investing involves risk of loss and individual investments may vary. The examples provided may not be representative of typical results. Your capital is at risk when you invest – you can lose some or all of your money. Never risk more than you can afford to lose.By submitting your information you agree to the terms of our Privacy Policy • Cancel Newsletter Any Time.This is a FREE service from Finacials Trend. Signing up for our FREE daily e-letter also entitles you to receive this report. We will NOT share your email address with anyone.