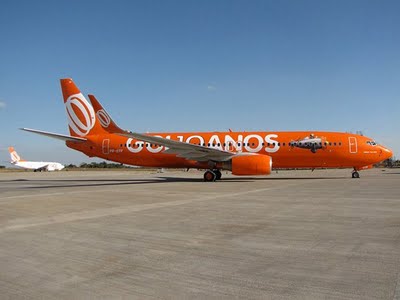 Dallas, Texas 10/10/2013 (Financialstrend) – Gol Linhas Aereas Inteligentes SA (ADR) (NYSE:GOL) is a regional Brazilian airline which operates on a low cost model. The airliner has a market cap of $1.3 billion with accumulated losses of $579 million. Over the past few 4 to 5 quarters, the stock of this budget airline which employees close to 16,456 personal has come under immense investor scrutiny.

On October 2 the Sao Paulo based airline which has managed to emerge as the largest low-cost airline in Brazil announced that Bank of America Corporation has informed the airline of its consolidated stock holding  standing at 4.91% as of September 25.

On September 18, the key player in the Latin American airways announced mixed results for its August flying operations. Its passenger traffic for the month was low in comparison to previous benchmarks. This was offset by the increase in its passenger revenue per seat. This ratio has gone up by 24% on a year on year compare. This argues well for the airline as it continually tweaks its delivery model to achieve improved efficiencies. It is the 17th consecutive month when the firm was able to grow its top line revenue by increasing its revenue earned per seat.

On the flip side, its revenue per passenger for every kilometre flown has dipped by 13.8% on its domestic routes where as it has gone up by 17% on its international leg. Over all it has seen a 11.5% dip in its revenue per kilometre compared to August of 2012.

But the troubling aspect for the airline is the appreciable dip it has observed in its load factor. Since it operates on a low fare model, the number of passengers becomes extremely critical. A consolidated dip of 4.8% in its load factor is causing concern among the investor community.