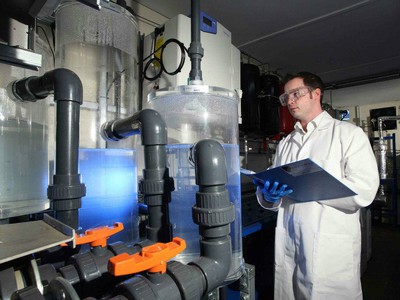 Dallas, Texas 09/27/2013 (Financialstrend) – Syntroleum Corp (NASDAQ:SYNM) has disclosed to SEC that on September 10, 2013 one of its competitor “Neste Oil Oyj” had approached the US patent and Trademark office questioning Syntroleum’s  Patent No. 8231804 issued to the company.

The patent in question is applicable to an “even carbon number paraffin composition” that Syntroleum had developed using “proprietary method of manufacturing”. Both these were duly registered under the patent which is now being questioned by Neste.

Patent review process is a long drawn out one

Neste is following protocol prescribed in “inter partes review” to challenge the legality of the patent granted by the patent office to SYNM in front of Patent Trails and Appeals Board(PTAB). Syntroleum has explained in the filing to SEC that as per the IPR process, the Appeals board will now be seized of the matter and will decide if the review petition can stand on its merit by studying Neste submissions. If need be, the board will ask for preliminary response from Syntroleum.

SYNM has disclosed that if in case the appeals board does determine that enough cause exists to review the patent granted, then Syntroleum will get 90 days to file its formal preliminary response. On receipt of such a response from the patent owner Syntroleum, PTAB will have at its disposal three months to initiate or reject the request for patent review process to commence.

SYNM has assured its stake holders and investors that a U.S. patent once granted is presumed valid till such a time when patent appeal board decides otherwise. Key executives of Syntroleum have been quoted saying they “intend to defend the validity of the ’804 patent” vigorously in front of PTAB.

SYNM is into production and sale of synthetic liquid hydrocarbons and has customers spread across the globe.