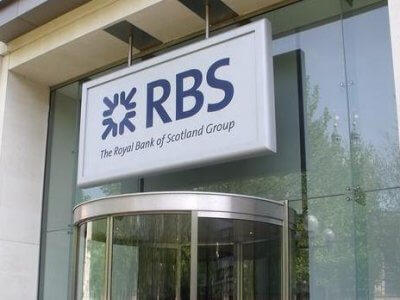 Dallas, Texas 03/20/2014 (FINANCIALSTRENDS) – According to the market reports, Royal Bank of Scotland Group plc (ADR) (NYSE:RBS) is considering potential merger of its Ulster Bank division. Ulster Bank 2000, which was acquired by RBS during 2000, had earlier reported pre-tax losses of £8.2 billion for the 2013 year to December 31, including losses of £4.83 billion on bad loans. Ulster Bank’s operating loss also increased to £ 1.5billion compared to £1billion previous year. Royal Bank of Scotland earlier has been scouting around for a potential buyer and according to the reports it did not materialize. It is also reported that the bank has taken services of Morgan Stanely for their advice on this merger. According to RBS’s strategic investment group head in the UK, John Davison, this process will take atleast a couple of months before RBS can reach on a conclusion.  RBS is also considering the recommendation on the possibility of creating a third banking force.

RBS, a UK based company with a market cap of around 56.41B, is planning to reduce its staff by 30,000, the lowest level in over a decade as part of its cost cutting measures. The company currently a staff around 120,000 employees and is planning a major restructure in its retail customers, small businesses and larger companies.

According to the reports, RBS along with NatWest have decided to provide loans to small and medium sized businesses in the UK estimated to be worth around £7.2bn. The loan will be part of the Government’s Funding for Lending Scheme (FLS) and company expects to cover around 42,000 units and will benefit UK business.