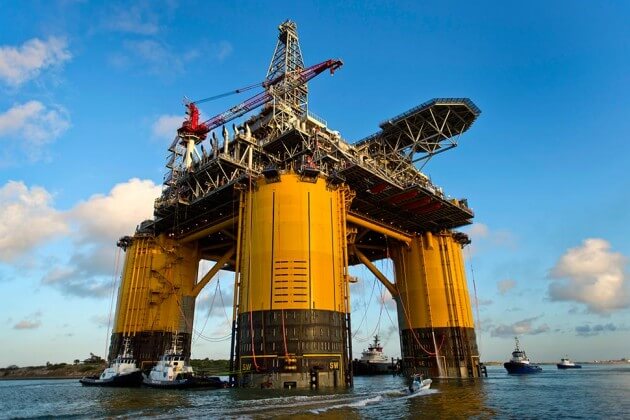 Anglo-Dutch oil giant Royal Dutch Shell plc (ADR)(NYSE:RDS.A) intends to offload a 90% interest in a gas project in Gaza Marine to Palestine Investment Fund as it pushes to raise $30 billion by selling some its assets. The transaction’s financial details were not disclosed. Located offshore Palestine Shell had gained ownership of Gaza Marine tract when it acquired BG Group. The latter discovered the field in 2000 though it did develop it due to commercial and political concerns.

Palestine Investment Fund is now looking for an international partner who will acquire a 45% stake. The partner is also expected to design a field development plan alongside the operator. The development of the aid will assist in meeting demand for natural gas as the power production plants in Palestine depend on the commodity. Palestine will also become an exporter of energy once the field is developed.

For Shell it is a step closer towards achieving its divestment goals as it strives to whittle down the debt it incurred after acquiring BG Group at a price of $47 billion. Besides reducing the cost of servicing debt the divestment will assist Shell enhance its cash flow besides the return to capital. Additionally Shell will be in a position of upgrading and streamlining its portfolio.

So far Royal Dutch Shell has wrapped up divestment deals which are worth over $23 billion and is set on hitting its targets for this year. The Anglo-Dutch oil major recently announced asset disposals that will raise approximately $2 billion. Shell is also in discussions with a view to inking other divestment deals that could net the oil giant another $5 billion.

This comes in the wake of the oil major indicating that with the shift to clean energy in the world looming Shell will not be left holding ‘stranded assets’ since it will have extracted about 80% of its existing gas and oil reserves before 2030.

“As of 31 December 2017, Shell estimates that around 80 percent of its current proved oil and gas reserves will be produced by 2030, and only 20 percent after that time,” Shell said.