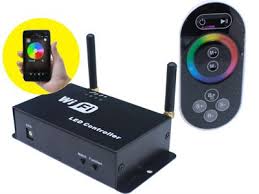 Dallas, Texas 05/12/2014 (FINANCIALSTRENDS) –Ruckus Wireless Inc (NYSE:RKUS) announced that Indian Wells Tennis Garden, that is owned by Larry Ellison, the co-founder and the CEO of Oracle Corporation, has now successfully deployed a huge, high-density, and high-capacity smart Wi-Fi-network across its entire 54 acre-complex, that was being used during the BNP Paribas Open that was held there in 2013 March. This annual tennis tournament, that this year enjoyed a record attendance of more than 430,000 tennis fans over a 2 -week run, is the largest & combined professional ATP World Tour & WTA-event in the world.

Situated in the heart of Coachella Valley in the Indian Wells, CA, this Indian Wells Tennis Garden is a $77M facility that was built in 2000, including its 16,000+-seat main Stadium 1, which is the 2nd largest tennis-specific stadium on the planet. In addition there is also a recently completed 8,000-seat-Stadium 2, & 22 additional championship courts. Handling almost 2 terabytes data at any given point of time during the 2 week run of the tournament, the comprehensive RKUS Smart Wi-Fi network had been installed & it is managed right round the year to provide Wi-Fi-access for different types of other events that are held at the Garden.

These events are held by the West Coast Networking of the Palm Desert, CA, which are a managed service provider & a Ruckus Big Dog channel-partner. The VP of West Coast Networking, Mark McComas said that they were tasked with a responsibility of deploying the wireless network for the complete site. This was an internal system for verifying the credentials of the participants in the tournament, facilitating the box office functions, and the other internal infrastructure-needs. In addition to this, there was also a massive public Wi-Fi-system. The driving-force behind the deployment was providing of public Wi-Fi access which would enable the patrons to easily-access the BNP Paribas’ Open Mobile Application.