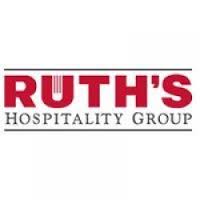 It was very quiet session for Ruth’s Hospitality Group, Inc. (NASDAQ:RUTH) as it finished the last trading session with a gain of 0.97% and the closing price of $15.64 was almost the same with the day open at $15.62. The volume of 112,000 was lower than the daily average of 166,000, reflecting the current corrective phase of the price action. The long term channel is broken as evident from the chart attached and now the price is trying to retest the lower boundary of the channel. The price is facing rejection till now and that keeps the downside risk open. 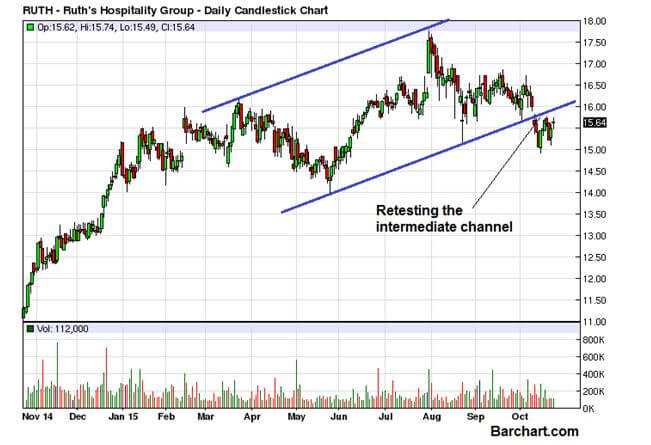 Ruth’s Hospitality Group, Inc. (NASDAQ:RUTH) reported that it had scheduled a conference call to talk on 3Q2015 financial numbers on October 30, 2015. The company previously stated that it plans to commence its second Dallas restaurant early in 4Q2015. It had finalized a lease to launch a restaurant in Albuquerque, which is expected to open in 2016. Also, the company finalized leases to commence restaurants in Cleveland and El Paso in the second half of 2016.

Ruth’s Hospitality Chris Steak House franchisees began restaurants in Charleston and Ann Arbor during 2Q2015. Franchisees are now expected to establish a third restaurant in San Antonio in 4Q2015 and a new place in Jakarta in the first quarter of 2016. Ruth reported net income of $7.5 million in 2Q2015 against net income of $6.9 million in the same period, a year earlier.

Michael P. O’Donnell, the Chief Executive Officer and President of Ruth’s Hospitality Group, said that they are delighted to witness a continued trend of positive operating throughout the second quarter. The solid revenue growth was led by a balanced contribution from new restaurants and a jump in comparable store sales, which covered a return to positive growth. Additionally, strong operational execution and the top line momentum supported company to record another quarter of strong growth.

O’Donnell further said that as they look forward, they plan to continue to operate business with a fair approach of reinvesting in Ruth’s core operations, returning excess capital and managing disciplined growth, pursuing a plan that they believe can deliver meaningful and consistent shareholder returns in the coming period.