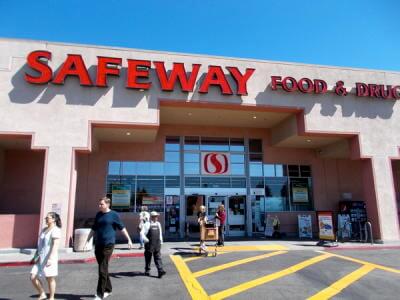 Dallas, Texas 03/11/2014 (FINANCIALSTRENDS) – Safeway Inc. (NYSE:SWY) move to merge with Albertsons under the midwife ship of Cerberus Capital Management LP’s in a deal which is worth $9 billion, is being seen as a move to consolidate resources by grocery players to take on the bigger and larger retailers in U.S which have been eating away at the market share of traditional grocery stores.

The news was announced yesterday that the 2nd largest grocery store in U.S has shaken hands with the Cerberus Albertsons on deal which valuates its shares at $40 per share. The merging of resources and operations is expected to create a stronger and larger combined grocery store which will be well placed to take on their larger competitor Kroger Co in U.S.  The merged companies boast of complimentary geographical advantages and will create a more well spread out market reach.

Robert Edwards who is Safeway Inc. (NYSE:SWY) Chief Executive Officer while explaining the logic behind the company’s agreement to be bought out has been quoted to have said that, “This merger will improve our competitive position. Our customers will benefit from significant cost saving synergies and a stronger management team.” Robert Edwards has been nominated to lead the combined entity once the merger deal goes through the regulatory approvals.

The entire deal is being bank rolled by private equity company Cerberus which has earned a name for itself by continuing to increase its holdings in the supermarket and retail vertical over the past few years. With the heft of the larger company, the equity firm believes that the pure grocery stores would be able to better guard against the inroads being made by the likes of Wal-Mart, Amazon and eBay into their traditional market share. Since the announcement was made public yesterday, the stock of Safeway Inc. (NYSE:SWY) has posted a 0.73 percent increase.