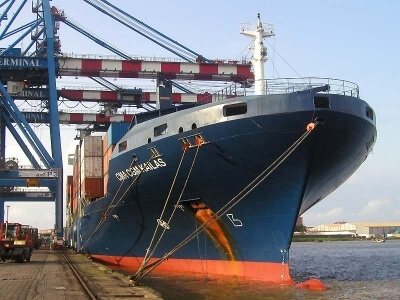 Dallas, Texas 06/30/2015 (Financialstrend) – Scorpio Bulkers Inc (NYSE:SALT) issued a press release on Monday, reporting that it would charter-out its Capesize vessel, SBI Montesino, currently under-construction at South Korean ship makers. The delivery of the ship is expected by July 2015, post which it will be chartered to European firm for about half-year at $14,500 rental per day.

Despite the good news, SALT continues to have a poor run at the stock markets, because of its legacy short comings. The company has reportedly ordered ships, which it apparently cannot afford. This has led to the company beginning a sell-off to stem the losses.

In the year past, Scorpio Bulkers Inc (NYSE:SALT) failed to raise funds resulting in it having to seeking equity financing. The implication of such funding is that, it ‘dilutes’ common shareholder.

SALT has been tweaking many of its ships and fresh orders in recent months to offset the losses. The first of these was in February, which it asked the company’s making three of its ships to modify them. The order was revised to make the ships into tankers and not into drybulk shippers as originally commissioned. This led to a loss of nearly $22 million for Scorpio Bulkers Inc (NYSE:SALT).

Besides, many of the new ships are expected to be delivered in the coming six financial quarters. The cash on hand as of last of April was roughly $133.5 million. The payment to ships stands at $1.3 billion, when delivered. This implies, SALT will have to dole-out millions as payments every six quarters.

Hence, the pressure on Scorpio Bulkers Inc (NYSE:SALT) is tremendous. It would have to sell many of its new ships at drastically low-prices, just to remain afloat. CEO, Emanuele Lauro and President Robert Bugbee predict long-drawn recovery. Bugbee reiterated that the company would rather raise funds by selling the ships, instead of being trapped into ‘super high sale lease finances.’