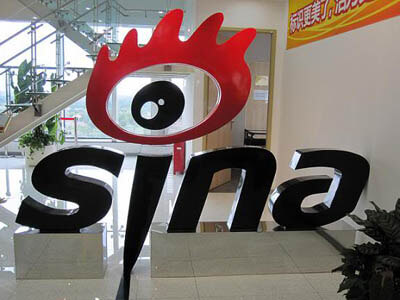 Dallas, Texas 04/03/2014 (FINANCIALSTRENDS) –  SINA Corp (NASDAQ:SINA) which owns 77.6% of Weibo announced that is has chosen the NASDAQ exchange to go public. SINA Weibo which is a Chinese microblog similar to Facebook and Twitter has around 129 million monthly active users and over 2.8 billion monthly feeds. The company plans to US$500 million from the listing and has submitted F-1 form to the US Securities and Exchange Commission. According to the reports market identifier code on the NASDAQ is tagged as WB. The other stake holders in SINA Weibo are Ali WB Investment Holdings, with 19.3% and the company’s directors and executive officers own remaining 3%. The company which made a profit of US$3 million during the last quarter of 2013 is focusing on generating more income apart from the commercial traffic. According to the reports, the promotion recently carried out by Meizu, a Chinese consumer Electronics Company to sell its MX3 smartphone through Weibo reportedly sold around 2099 units of its MX3 smartphone in just eight minutes and all the cash transactions were made on Weibo Payment.

The company witnessed slight increase in its revenue for the quarter reporting at of $197.00 million compared to $191.84 million for the same period previous year. It reported earning per share (EPS) of $0.47 which is more than Thomson Reuter’s consensus estimate of $0.46. Market research analysts at Zacks have rated the company’s stock as neutral with a price target of $72.00. Maxim Group analysts have rated it as hold with a PT of $90.00 in their research note. The street has rated SINA Corporation’s stock as hold. With multiple market analysts weighing the company’s shares, three of the market research analysts have recommended as hold rating and fourteen have recommended a buy rating to the stock. The company currently has an average rating as hold with consensus target price of $89.71