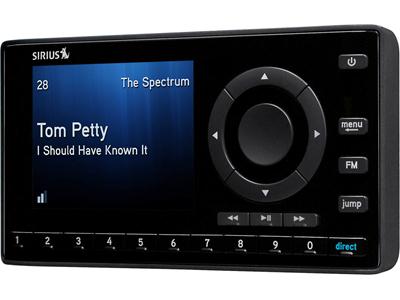 Dallas, Texas 08/06/2013 (Financialstrend) – Sirius XM Radio Inc (NASDAQ:SIRI), which has had tough times battling with competitors, seems to have dig its way into yet another trouble. The satellite radio enterprise has been sued by the band Turtles for infringing. The band has poached the satellite radio company for playing its songs.

The case has been lodged in the Los Angeles Superior Court. The complaint includes charges of misappropriation and violation of the federal copyright laws granted by the state. The filing alleges the radio enterprise for damage worth $100 million, which would add to the woes of the company, if they lose the case.

In accordance with reports, the California law is supposed to preserve the recordings prior to 1972 till 2047, however, the Sirius XM radio indulges in playing many pre 1972 recordings without worrying much about the law or the copyright terms. Since 2011, the company has stopped paying the royalties of the pre 1972 recordings.

Sirius XM Radio Inc (NASDAQ:SIRI) on the path of refinancing

The satellite radio company has announced the official retirement of a huge amount of $750 million which is due in 2015 at an interest rate of 8.75% per annum. Also what has helped the company to improve its cash flow is the foreign financing at an appealing rate of 5.75%. The refinancing of $00 million is expected to carry an annual cost of $34.5 per annum. The only real debt issues that persists with the company is the toxic convertible debt  due in 2014 at a rate of 7%.At the end of the last quarter the company has had impressive cash and equivalents of $652 million.

The radio company has announced that it will broadcast the 95th PGA championship, which is going to be the season’s final major golf championship. Live coverage from the Oak Hill Country Club in Rochester, N.Y will be hosted by Earl Forcey and John Maginnes whilst other roving hosts will render hole to hole updates. The preview coverages would start from 10 A.M while the on course coverages will begin from 12 P.M.