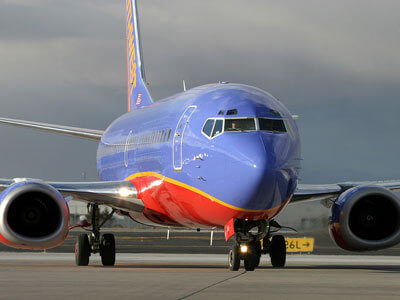 Southwest Airlines Co (NYSE:LUV) posted its preliminary traffic statistics for 2017, fourth quarter, and December. The firm recorded revenue passenger miles of 10.7 billion in December 2017, a jump of 2.6% from the 10.4 billion RPMs recorded in December 2016.

In unrelated news, the company reported its plans to relish the recent tax reform legislation. The board approved a bonus to all Southwest Airlines staff to celebrate the latest passage of the tax reform law. All Part time and full time Southwest Employees engaged with company on December 31, 2017, will get a cash bonus of $1,000 on January 8, 2018.

Gary Kelly, the CEO and Chairman of Southwest, reported that they applaud the President and Congress for taking this measure to pass legislation, which will lead in considerable corporate income tax reform targeting the transportation segment in general, and for company, in particular. They are thrilled about the additional capital and savings, which they plan to put to work in different forms, to reward their hard-working staff, to reward their shareholders, to reinvest in their business, and to keep their fares and costs low for their consumers.

Kelly added that he is also delighted to post that they have donated an incremental $5 million for charitable causes as an outcome of tax reform. Throughout this year, they will work with their charitable associations to put this funds to work in the communities they serve and where their employees work and live.