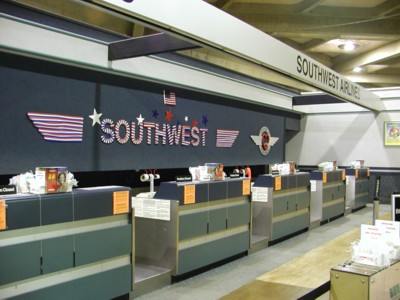 Crossing U.S. borders for the first time, Southwest Airlines Co. (NYSE:LUV) will initially deploy flights to three Caribbean destinations – Aruba, the Bahamas and Jamaica – starting July 2014, with operations underway for summer tickets for its non-stop flights originating in certain U.S. cities on the Atlantic coast. Southwest currently operates in the region through its subsidiary AirTran, which will continue to operate in the Caribbean region including Nassau and Montego Bay, apart from the Dominican Republic and Mexico till Southwest integrates its carriers by 2014 end.

Only a few days ago, the Dallas, Texas-based Southwest impressed Wall Street with another positive financial performance for its recently ended fourth quarter as also the full fiscal year 2013. Quarterly revenues for the fourth quarter climbed 6.1% to around $4.43 million, surpassing analyst predictions of around $4.37 million. While its fourth-quarter operating income climbed to $386 million from $91 million a year ago, operating costs fell 1% to approximately $4 billion owing to reduced costs in maintenance and aviation fuel. Furthermore, the carrier saw good operating cash flow of about $2.5 billion during fiscal 2013, apart from a recent $540 million equity buyback and approximately $71 million in dividend payouts.

Southwest’s earnings per share of $1.12 for its full fiscal year 2013 exceeded analyst predictions while doubling up in the 12-month period. Southwest reported fourth quarter earnings of $0.33 a share, beating analyst estimates of $0.28 a share, apart from the $0.09 seen a year ago. Southwest anticipates its revenue graph to be further upward-bound during the current quarter, looking at its recent sales revenue and trends from bookings, while also being cautious of first quarter increases in costs and special items. Southwest Airlines Co. (NYSE:LUV) stocks closed trade at $21.31 on January 28 from their previous $20.61, while after-hours figures surged further to $21.38.