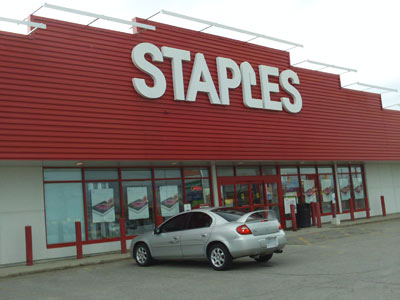 Staples, Inc. (NASDAQ:SPLS) is willing to allow additional concessions to resolve antitrust issues that its proposed acquisition of Office Depot Inc (NASDAQ:ODP), which would enable one domestic office-supply chain wouldimpend competition. Representatives from Office Depot and Staples are meeting this week with FTC officials ahead of a December 8, 2015 deadline for the agency to determine whether to authorize the $6.11 billion deal.

Under the merger deal, Staples, Inc. (NASDAQ:SPLS) and Office Depot stated that they would offer Office Depot assets with sales of up to $1.25 billion to get antitrust approval. In discussions with the FTC, the company offered to divest nearly half that amount. As part of that preliminary remedy plan, Staples offered to transfer agreements to Essendant Inc., which is a distributor firm of office supplies and other items. The firmhas expanded its wholesale operations.

The remedy proposal has encountered doubts from third parties who have been approached by the FTC to ask whether the plan would reinstate lost competition. A probable scenario is for Staples to propose to transfer more deals to Essendant in expectation of satisfying the FTC guidelines. Spokesmen from FTC, Staples and Office Depot declined to comment.

Robert Aiken, the CEO of Essendant, said that he couldn’t speak on a possible deal in the Staples case but they would be open to acquisitions. Office Depot and Staples shares both jumped over 6% after Bloomberg posted on the companies’ stance.

The FTC’s analysis of Staples’ proposal, which would unite the top two office supply retailers, has concentrated on whether the establishment of a single national supplier would threaten competition and increase rates for large corporate clients who buy under contract. A couple of years ago, when the FTC approved Office Depot’s merger deal with OfficeMax, it identified that retail clients have various options due to competition from big-box retailers.