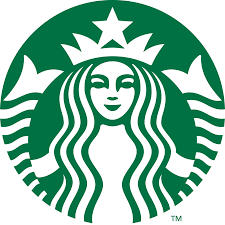 Starbucks Corporation (NASDAQ:SBUX) has struck a deal that will lead to its expansion, this time, in Africa.

The company has identified the need to exploit the huge market niche in Africa where demand is rising quickly. The first of its branches will launch in South Africa by 2016. Cafes in the region have been experiencing phenomenal success mostly because of the growing middle class. The company is currently holding talks with Taste Holdings, which licenses global brands in the region.

Though Starbucks does not have any stores within the region, most people are familiar with it through adverts, TV shows or movies. However, this will not be the first time for Starbucks’ coffee in the Sub-Saharan region. During the 2010 soccer world cup, the company struck a food deal that allowed it to sell its famous coffee in South Africa. According to Kris Engskov, South Africa is ideal for the company to launch its brand there because the growing economy has given more South Africans the capacity to afford classy lifestyles. Therefore, the brand will be highly welcome.

Mr. Engskov is the head of the Middle East, European, and African divisions of Starbucks. So far, the company has 22,000 locations all over the world. The firm also added that the coffee that will be served in South Africa is similar to that found in the other locations worldwide, thought there will be “special reserves” for the region. Truth Coffee is one Of South Africa’s native coffee cafes. Its owner, David Donde said that he openly welcomes new competition.

Donde also added that the South African Cafes have been selling their coffee at cheap prices and therefore the need to benchmark South African prices with worldwide prices. He revealed that South Africans go for flavor in coffee rather than its bitterness. According to Karabo Kgole, a Johannesburg media analyst, it all comes down to the coffee drinkers. More cafes mean they will have additional brands to explore.