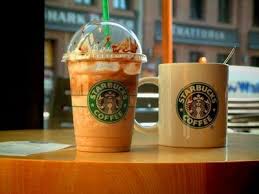 The company said recently that it had paid 5 million pounds in British Corporation tax and would pay another 15 million pounds by next year. This payment was a result of facing backlash from the customers and law-makers over nonpayment.

In spite of claiming that the company remained unprofitable in Britain and that it was looking to close its struggling stores in the country, Starbucks Corporation made this move.

Corporation tax is levied on the profits of the company and stands currently at the rate of 23% in Britain.

This recent statement of Starbucks Corporation confirms an announcement that it made last December that it wanted to pay 10 million pounds both this year and in 2014 in British corporation tax. 2008 was the last time when the company paid tax in Britain.

The company said that before six months, it felt that its customers should not wait for the company to become profitable before paying United Kingdom corporation tax.

The company agreed to its customers in December to forgo certain deductions that made it liable to pay 10 million pounds in corporation tax this year and 10 million pounds that it intends to pay in 2014. It was one of the three MNC’s (multinational companies) that were subjected to tax avoidance investigation by UK lawmakers in 2012.

The stock of the company is cheap and the forward dividend yield does not exactly put the company in the upper organization of dividend stocks. But still, it emerges out as one of the best brands of the world. Because of its unique combination of stability and growth, Starbucks Corporation is a fantastic dividend growth stock. It is a United States based coffee giant.