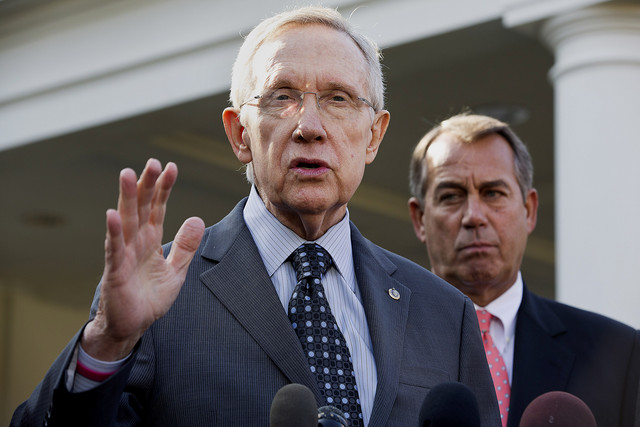 Even though U.S. stocks have been decreasing over the past few days amidst the stressful fiscal cliffs talks, stocks improved yesterday and many companies experienced an increase in their shares.

Dow Jones and S & P shares experience an increase of 0.5%. Nasdaq shares ended up increasing with 0.2%. Amongst the biggest winners were the U.S. Banks where BAC, Morgan Chase, Morgan Stanley, Wells Fargo, Goldman Sachs, and Citigroup experienced a 3% increase in all their shares.

This surprising improvement comes after President Obama butted heads with Senator John Boehner because of the fiscal cliff problem. This comes after the deadline for tax hikes or spending cuts is closers. Lawmakers are supposed to vote next week on what is known as Plan B, the GOP new version of the fiscal cliff. Many members of the Obama’s administration have threatened several times to veto this plan because they believe it will bring nothing but minimal changes in the budget deficits.

Boehner believes that Plan B won’t be rejected in any way because the Democrats are the ones with the majority in the Senate right now. However, this didn’t stop him from criticizing Obama’s administration for not trying to make concessions on reforms or spending cuts.

“I am greatly convinced that President Obama doesn’t have the intentions to face his party even when it comes to the most important issue in our country right now,” said Boehner. Even though the fiscal cliff is believed to lead to a recession, the worst one in American history, many investors believe that this won’t affect the stock market negatively the way many people think it will. “I strongly believe that we will be able to get rid of the fiscal cliff problem,” said John Ablin, CEO of BMO Bank.

Investors are definitely downplaying and protecting themselves against any risks or problems that will arise if the deadline is missed due to several suggestions that spending cuts will be delayed and tax codes will be changed.

Stocks aren’t the only things increasing right now, where meat and house prices are on the rise as well. This has definitely sparked worry among average American consumers who believe that both parties aren’t paying attention to them and that this is more of a political problem than an economic one. American consumers and investors will have to wait until next week to finally understand what will happen after the talks come to an end.