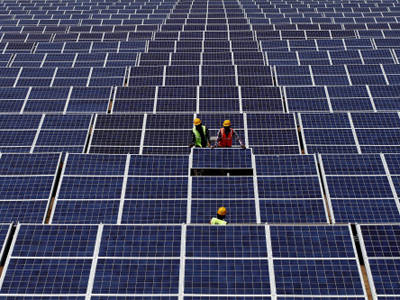 Dallas, Texas 10/24/2013 (Financialstrend) – Sunedison Inc (NYSE:SUNE) is a $2.5 billion market capitalized solar panels and integrated circuits manufacturer has seen its stock post a 5.43 % increase in valuation last week. This follows a more than 23% increase it has scripted during trading in the last one month. The rally which happened last week was triggered by well placed market speculation that Carl Icahn , the storied investment guru has increased his stake in the solar panel manufacturing company First Solar. This propelled the stock to First solar up by close to 8% and managed to drag along its peers like Sun Edision, SCTY and DQ . The last two named companies have posted 7.5% and 12.3% appreciation in value respectively in a single day.

The earlier rally in the beginning of October saw bulk of the top 10 solar providers stock appreciate significantly thanks to positive news coming in from SolarCity. SolarCity had called out strong increase in the installations for the 3Q and had set up expectations for a even better uptake in 2014.

The positive news from peers as well as favourable regulatory changes is driving the stock of solar power enablement companies upwards. In early October California State had passed a solar bill that removed all caps that were previously set on solar power producers. In the past the solar producers were constrained to sell only a limited amount of their excess power production to the state grid. Analysts believe that this was a much anticipated reformatory rule which many expect to be replicated in other states. If this does transpire, then the overall sentiments in the solar industry are expected to blossom and this lead to the strong rally over the past month. At close of business on October 23, the stock of SunEdition was trading at $9.71 per share.